Article Attribution: As published on the Green Party website.

My Fair Go For Solar Bill was pulled from the Members’ Ballot last week and is set for a vote in Parliament. In this blog post I explain some of the background to the bill and how it aims to create a fair system for setting the price of solar power without Government subsidies. 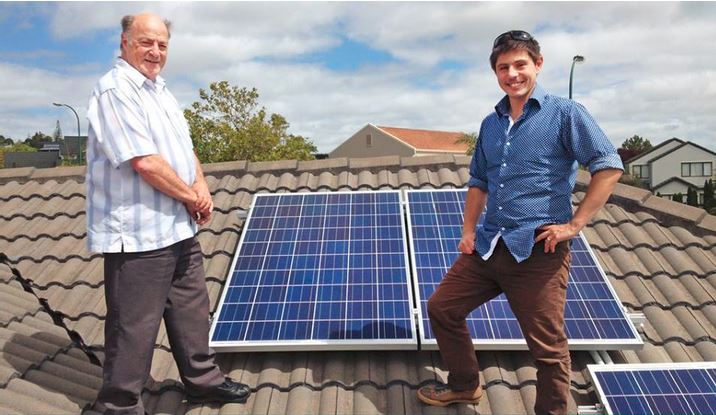 Roly and Gail Runciman from Howick are superannuitants on fixed incomes who liked the idea of investing some of their savings into solar energy because it can level out their power bills. They made a long-term investment that was good for the planet, and should pay off in the long-term. With just the two of them at home, any excess power their solar panels generate can be sold back into the national grid for other people to use, at a ‘buy-back rate’ or ‘feed-in tariff’ set by the power companies.

But the Runcimans and thousands of others have been left dangling by power companies, who arbitrarily slashed the feed-in tariff. “It’s stacked against someone who wants to do something a bit entrepreneurial as well as doing something for the country,” Roly told me. “Our street, if they went solar, could be self-sufficient.”

Over the past five years power bills have continued their steady, painful climb, increasing by 25 percent – double the rate of inflation – while in just the last two years solar uptake has exploded by over 330 percent. Solar equipment costs are dropping rapidly, so it is no surprise many are looking to the sun for a source of clean power.

Across New Zealand, I have met many people like the Runcimans who have spent or borrowed thousands of dollars to install solar photovoltaic panels on their roofs. Families and businesses have responded to rising electricity prices by putting solar panels on their roofs. They wanted to gain a greater sense of energy freedom.

The power company bosses are clearly worried by the growth of solar. From their perspective, they are seeing thousands of families reacting to high electricity prices by going solar and claiming some energy independence from the big power companies. Contact and Meridian reacted by slashing their buy-back rates by 50-72 percent, casting a shadow over the fast-growing solar industry. The power companies have literally exercised their power – they can change the terms, conditions and buy-back rates for surplus power with only 30 days’ notice. The lack of fair rules and plummeting buy-back rates are evidence solar is being actively discouraged, and this is what my Bill seeks to address.
Solar homes come in two basic varieties: grid-connected and off the grid. Most are grid-connected, which means when the house is producing more power than it uses, the surplus automatically feds into the grid. Some homes, particularly those in rural areas or in Auckland using Vector’s SunGenie system, incorporate batteries to store the solar power and may not be connected to the grid.

Unlike dozens of other countries, New Zealand doesn’t have a set feed-in tariff. In New Zealand, households have to negotiate directly with electricity companies, who have all the power in the relationship. It makes life difficult for families investing up to $15,000 on solar panels and an inverter when the power companies can keep changing the buy-back price.

Others report their dream of solar power has turned into a bureaucratic nightmare because of complex invoicing and poor communication. With no clear rules and a hands-off approach from the Government, this sector seems like the Wild West. It’s high time we empowered a ‘Solar Sheriff’ to level the playing field.

Setting fair and reasonable, medium-term buy-back rates, would give more certainty for everyone involved. I imagine a watchdog like the Electricity Authority would set the non-subsidised buy-back rate somewhere between the wholesale and retail rates for electricity.

While a number of countries in Europe have subsidised solar power, I do not support that and believe it would be unsustainable politically and financially.

What we need is an independent umpire to level the playing field by setting fair rates and establishing standardised contracts to provide certainty and fairness for all. As a nation we are blessed with a wealth of cheap, affordable renewable sources of power. But to many Kiwis it feels like the electricity system works for the power companies and not for Kiwi families and businesses. Solar will be part of the move for New Zealand to have 100 percent renewable electricity. It doesn’t need subsidies or special treatment; it just needs everyone to get a fair go. That’s why I am calling on other parties to support my Bill.