What’s the future of the Tesla Power Wall?

Like many of you Im sure, I spent Friday glued to my screen awaiting the latest installment of the Elon Musk Show. 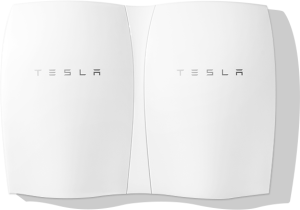 Gotta hand it to him; his slightly klutzy, unpolished and yet disarmingly honest style is part of the magic of Tesla. He makes us all feel like we could be that successful too because clearly, he’s only human. The Tesla home energy solution is called the PowerWall.

Cleverly, Tesla have drenched the whole problem in consumer and media savvy uber-simplicity. “It’s here”. “$ 3,500 for 10kWh” “its can be done” and so on. The media gobbled it up all weekend and social media pathetics like me gorged on the feast. Tesla knows how to create staggering hype which is the cheapest form of promotion bar none.

Behind and beyond the launch hype of what is undoubtedly a cost competitive and swanky looking product lie’s a distinct lack of public detail however. I’ve dug around all over the   place to get to some of the important details and offer these thoughts on what it could mean.

Very few companies successfully supply complicated products direct to consumers via B2C channels. Software companies are the most successful and logical dominants in the space (eg dropbox),  virtual providers are following too (eg AirB&B) and some very successful merchants (eg amazon). The only product supplier’s that go direct to consumers that come to mind for me are Dell and, Tesla. There he go’s; stickin it to the man again.

Its remains unclear, but it appears to me that Tesla are likely to take the same approach with their battery. Hell, if they can do it in automotive it makes sense to have a few batteries in the same mega-store’s, right? And you might buy a Tesla while you are there. Many of the media stories talked about the price of $ 3500 being  “for installers” however, implying to many that it’s a wholesale price available for installers to make a margin on when on selling to the market.

I can’t see this making sense or fitting the Tesla story however. I’m purely speculating but for Tesla to really pound their competitors, maintain the lowest price and eek out the margin, trickling supply through a small but growing number of factory outlets, creating a hype of “I just can’t wait but I’ll have to” in the same way they do for Tesla cars seems intuitive. And it’s differentiation 101.

If we assume that the PowerWall is supplied B2C then the big challenge becomes inverter and charger integration.

Some suppliers are already listed as being compatible and intriguingly they aren’t the number 1,2 or 3 global inverter players one might have expected. Choosing partners who are hungry for growth is a disruptive and leverage loaded play, so that kind of makes sense too, although undoubtedly everyone would like a slice of the action – as long as it doesn’t rock the existing channel strategies too much.  I think we can expect to see a growing list of inverter companies with compatibility although notably they will need 350-400VDC compatibility – that’s not your standard off the shelf inverter or charger. However, it is the same voltage as many string grid connect solar inverters, most EV chargers and course, the Tesla Model S.

Have Tesla thought this through as a whole new way to utilise existing string inverters?

The other burning question for me is will inverter companies accept that their inverters might be supplied via traditional Distributor to Installer/Retailer channels and then the customer just nips down the road to pick up the PowerWall direct? Maybe.Maybe not. The issue of “who’s responsible when the shit hits the fan, who solves problems and how do I work out what went wrong” are not insignificant; ask anyone who supplies battery based systems today. Tesla’s reputation is at stake but equally, so are a bunch of other companies with powerful brands and leaving customers stuck in the middle is not a long term solution or something that any smart company wants on their books as a liability.

There are also only so many early adopters out there willing to take that kind of crap with incredible patience.

Of course, what Tesla do know about is the growing ev charger market. Around the world a growing number of ev charge stations are emerging for cars and typically they are 200-400VDC or at a minimum working with battery pack voltages at that level. So quite possibly, rather than looking for integrated inverter chargers, Musk’s play is “hey, there are EV guys making automotive quality AC to DC chargers all over the place, so forget them. They are already on the vehicle of the garage wall.   All we need is a DC to AC inverter and some control gear to switch stuff on and off and away we go.”

And intriguingly, there is also one very clever Australian company who I spoke with today, who happen to be extremely well poised in this space too.

The reality is of course, making this all plug together and work seamlessly will be the challenge, but it’s a kind of cool strategy in the short term, until smarter integrated AC-DC-AC inverter chargers with integrated smarts hit the market.

Then there is the issue of safely installing at 400VDC. That battery is a beast. With nasty fangs. I have to admit to electric motorcycle bias, but even at the measly 102 VDC on my Zero, I have entered deep water on my bike with a mild hint of trepidation for fear of what lies closest to the DC connectors and the extremities of my body… and how they would feel with greater than one hundred volts passing from one side to the other. Tingly and warm are not phrases that come to mind.

Now of course, it works for Tesla in their cars and they have managed automotive levels of safety and I’ve personally crash tested my early Zero. Risk is manageable, I get that. I also have two young and inquisitive boys howver and I can tell you that what they get up to in my shed when I’m not looking defies comprehension. Sheesh even my now very grown up daughter had a habit of putting small animals in places they really weren’t designed to be when she was younger. High voltage DC has efficiency benefits but the irony is that the company’s namesake Nikola Tesla had a hatred for DC (and his nemesis Thomas Edison, the father of DC). If you would like a hilarious take on the Tesla v Edison, check out Drunk History (graphic content warning).

But anyone who works with high voltage rooftop isolators might tend to side with Nikola Tesla and not Elon Musk. Installers will rightly be vary wary of the dangers inside that super sophisticated looking box and being the middle-man at the coal face stuck between an impatient Mr Jones, an inverter manufacturer, a charger manufacturer and a battery manufacturer.

The benefits of a truly integrated solution spring to mind here.

How Tesla intends to manage this issue is unclear.

Until the actual landed Australian dollar cost, the channel strategy, mark ups (if any), integration fit for purpose and 400V DC inverters and chargers is clear we won’t know what this puppy really costs, but my guess is it will be well under $ 10,000 or $ 1000 kWh installed. What really counts of course is the lifetime energy cost and the usability of that energy against different tariffs.

One article I read nominally suggested that with solar at around US$ 0.20 kWh (a SolarCity PPA) and this battery crudely amortised out at US$ 0.10 kWh its total cost of US$ 0.30 kWh, the offer made absolutely no sense because they could buy energy for $ 0.10 kWh. Well here in Australia where energy tariffs up to AUD$ 0.50 kWh (and an average of $ 0.30 kWh) AND solar is as low as AUD$ 0.05 kWH its a very different equation.

Service, support, and how intelligently the energy can be stored and dispatched makes a world of difference to the delivered energy cost.

All we can say for now is that the price of the PowerWall looks like a game changer, but the devil will be in the detail.

Tesla and our quirky friend Elon Musk have delivered a marketing coupe, have undoubtedly shaken the status quo and if they have thought this through, it could well stack up very nicely. The challenges are many but arguably what they have achieved that matters most is they fired a huge, fat, noisy round across the bow of the good ship “old-fashioned-utility” and we can all celebrate that.

See what our customers are saying: 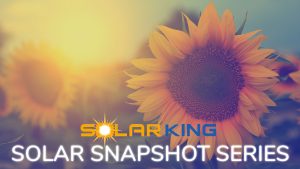 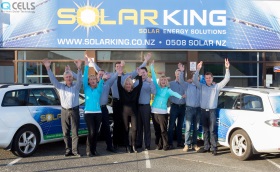